“…beautifully written and had me sobbing.” 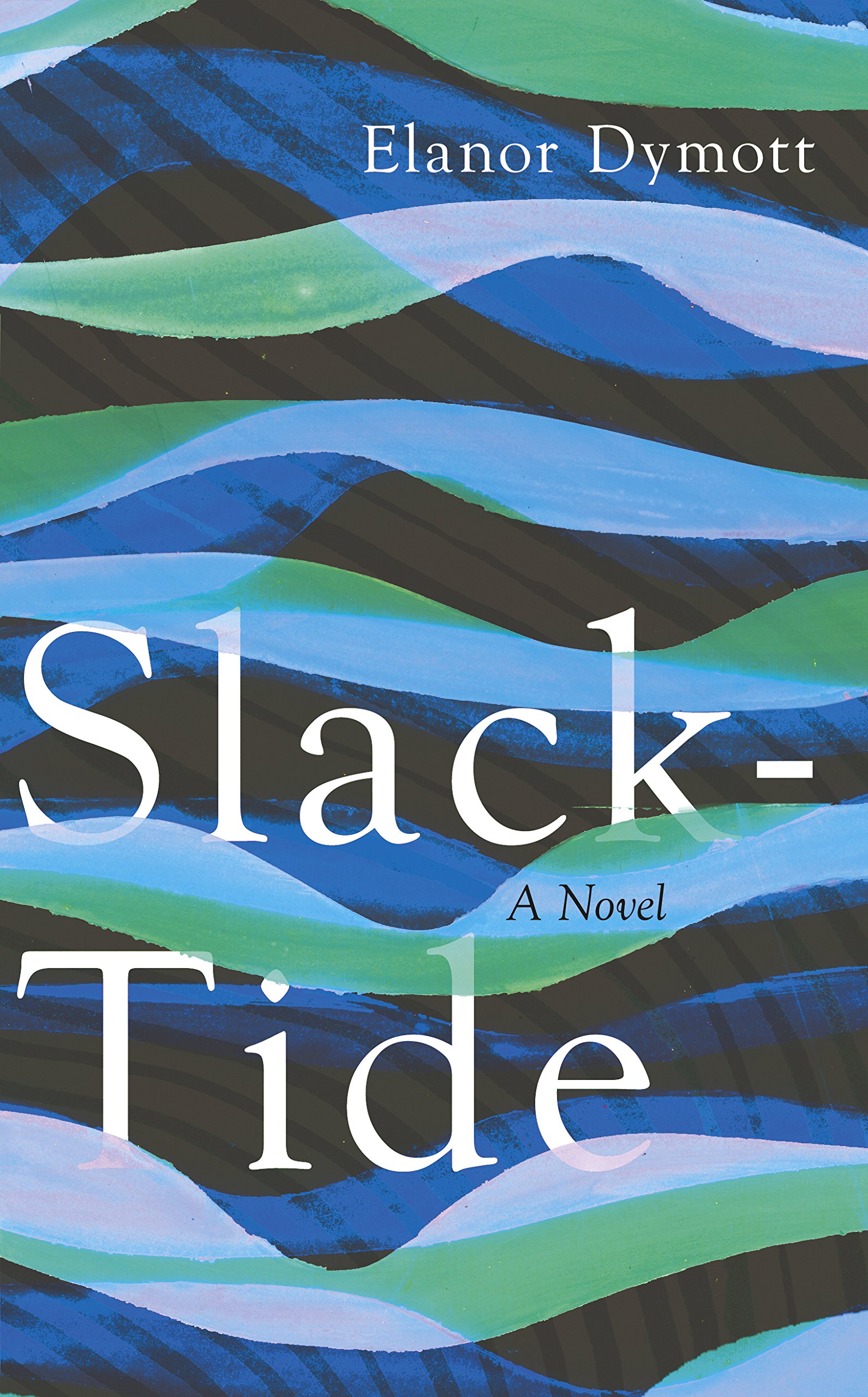 ‘By midsummer the thing between us was finished, and it was as if a storm had torn the roof from over me.’

It is four years since the loss of a child broke her marriage, and Elizabeth is fiercely protective of her independence. She meets Robert – exuberant, generous, apparently care-free – and they fall in love with breath-taking speed.

Slack-Tide tracks the ebbs and flows of the affair: passionate, coercive, intensely sexual. When you’ve known lasting love and lost it, what price will you pay to find it again?

“When two people meet is it need, fantasy or love? Slack-Tide takes us on an urgent journey and kept me reading late into the night.”

“A compelling portrait of a break-up… Often, the best books work on you subcutaneously, by accretion, not letting you know precisely what they’re about until days or even weeks after you’ve finished them. Slack-Tide, Elanor Dymott’s slim, lapidary third novel, seems at first a familiar tale… [but] Dymott knows just how much to reveal and conceal at each stage… it’s the why that keeps us reading: the shifting, inconclusive answers to that question make this a far stranger and more compelling novel than it might initially seem. This is also a book with an intense awareness of the material of everyday life: Dymott demonstrates beautifully how close attention paid to the description of the seemingly incidental objects that surround a character can bring them to life in a vivid and memorable way… Slack-Tide is a fierce and often very funny send-up of a generation of men who think they can have their cake and eat it.”

“[A] slim, impressive study of an ill-fated love affair… Despite the speed of their attraction and the sadness of its splintering, the carefully crafted atmosphere is one of stillness and fragility. Amid the intoxication of their mutual discovery, the more universal theme that emerges is the pain of uncertainty: the limbo of not knowing what to do… Dymott writes particularly well on sex, and is refreshingly comfortable with the ambiguities at play in each encounter… [She] is at her best when tackling the sepia tones her characters apply to their pasts: Elizabeth views Robert’s recollections of his marriage as “revisionist fantasy”, full of rose-tints it suits her to ignore or reject… What traps Elizabeth, and forms the body of this psychologically intelligent study, is the difficulty of assessing when to compromise, when not to, and when to use her own past as context, especially amid her intense desire to conceive again versus Robert’s reluctance… In raising such confronting and introspective questions, Dymott’s slim little novel packs a very precise punch.”

“Slack-Tide is about a love that arrives unbidden in the wake of a tragedy. It is beautifully written and had me sobbing.”

“Captivating […] Robert’s gaslighting is properly designer: smooth, recessed, well-thought through. […] The whole thing would be unbearably plangent if it wasn’t so convincingly – and, at times, so disastrously – funny. Dymott plays some quieter games too, from her handling of space, to her choice of names. The nod to that most famous of Victorian literary power couples is just one of the many sly iterations in this book. But what makes Slack-Tide distinct is its brilliant depiction of both romantic rapture and heartfelt delusion.”

“[Slack-Tide] has the urgency and readability of a whodunnit, with an emotional intensity that draws you in, mercilessly, and then spits you back out again. […] The novel’s best quality is its lightness of touch. At under two hundred pages, it is slight, but it lands a hefty emotional punch. Dymott’s prose is conversational and unfussy, yet it allows all the subtle complexities of this love affair to bubble just beneath the surface. […] Sharp and potent, this novel explores what it’s like to fall in love and have your heart broken. We are spared any notion of idealised romance. Instead we get passion at its most convincing: flawed, irrational and wild.”

“Forensic and spare, Slack-Tide is a persuasively messy (and sinister) tale of mixed-up emotions.”

“I finished Slack-Tide last night after a rather heady, intense few days of reading. I enjoyed it immensely – the pared-back style; the precise delineation of the characters’ emotional landscapes; the parry and thrust of two people negotiating a new relationship; the challenges of doing so when both are carrying the baggage of their past failures and disappointments. Elanor writes with such lucidity and precision. I found her characters, setting and premise very real and involving, and the dynamic between Elizabeth and Robert convincingly and satisfyingly complex.”
Laura Barnett

“A compelling and beautiful reflection on the stories that hold us together and keep us apart.”

“Elanor Dymott charts the troublesome map of human desire through her deliberate navigation of a passionate love affair. Slack-Tide is hypnotically compelling. It asks how you can ever get the measure of your own needs, let alone the needs of another, and how difficult it is to mesh your life with theirs. Her lovers are experienced, flawed, damaged and demanding, but she won’t let them be fooled or floored by emotion. The lessons they learn are hard ones. Dymott shows that what you want is not always what you need. That the price exacted by finding yourself can be having to let another go.”
Marina Benjamin